As you know, various chips are used in the electronic devices we use in our daily life and we frequently encounter heating problems. TSMC, one of the most advanced semiconductor companies, announced at the VLSI symposium that it is doing some research to combat the problems related to heat dissipation.

The Taiwanese company is working on a liquid-on-chip cooling technique against overheating problems. The aim is to integrate the water channels directly into the main design of the chip. 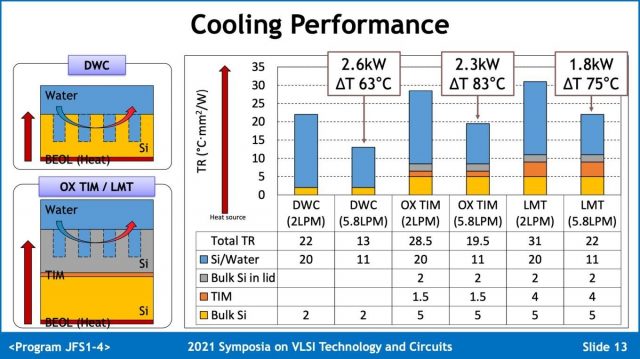 As is known, there is a heat spreader on the chips as standard. Existing cooling assays make direct contact with this layer. The semiconductor giant conducted some tests under controlled laboratory conditions. An invalid semiconductor (Thermal Test Tool) made of copper was used here.

The company also tested three types of water cooling designs. The first of these was a direct liquid cooled assay with its own circulating channels. As for the latter, a thermal interface device (Silicon Oxide Fusion) was used to carry heat from the chip to the water cooling layer. Lastly, the OX layer was replaced for an easier, cheaper liquid metal assay.

Of course, these studies will take years to produce results. However, if the efforts of TSMC engineers yield results, it will be an extremely difficult engineering success.

The first photo taken with the Huawei P50 Pro

iOS and iPadOS 15 beta 4 released! Here are the features

The development that pleases Apple users from iPhone 13