One of the world’s largest companies in the smartphone camera sensor segment, Samsung is launching its first dedicated camera sensor for cars. Thus, a new one will join the middle of ISOCELL sensors. ISOCELL Auto 4AC is built specifically for vehicles and solves a number of challenges unique to the car segment. Thanks to this sensor, the company also enters the growing connected and smart car market.

Samsung’s new ISOCELL Auto 4AC sensor qualifies as a 1/3.7 inch sensor with a 1.2MP resolution and a single pixel size of 3μm (micron). The new ISOCELL camera sensor uses CornerPixel technology, which packs 3μm pixels and 1μm pixels into a single pixel. 3μm pixels are used in low light conditions, while 1μm pixels are used in bright conditions. It is argued that CornerPixel technology is extremely useful in conditions where there are both light and dark parts at the same time, such as tunnel entrances, exits and underground car park exits. 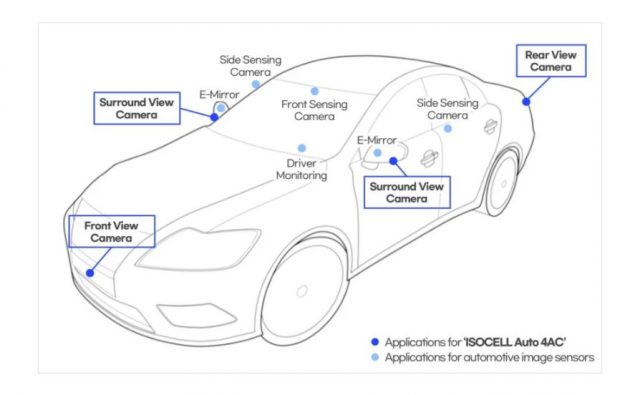 System LSI, Samsung’s camera sensor arm, argues that the new car camera sensor can deliver live HDR images in real time. ISOCELL Auto 4AC can be used as a front view, rear view or all around view camera in a vehicle. The sensor can also extend the exposure time to reduce LED flickering of traffic signals and headlights of surrounding vehicles.

ISOCELL Auto 4AC, which has a built-in ISP, can operate simultaneously in temperature ranges from -40 degrees Celsius to 125 degrees Celsius. In this regard, the sensor also meets the “Automatic Grade 2” criteria in the AEC-Q100. The company also plans to launch cameras and other sensors for autonomous cars.

Samsung devices get the expected feature