We mentioned that the Samsung Exynos portable processor, which emerged with the cooperation of two technology giants, AMD and Samsung, could be released in July. As you know, under the graphics processor in this chip will be AMD’s signature with the RDNA 2 architecture.

The Exynos 2200 SoC will likely use Samsung 4LPP (4nm Low Power Plus) manufacturing technology. In addition, let us remind you that Qualcomm’s Snapdragon 895 processor will also use the same technology. The difference will be in the design. 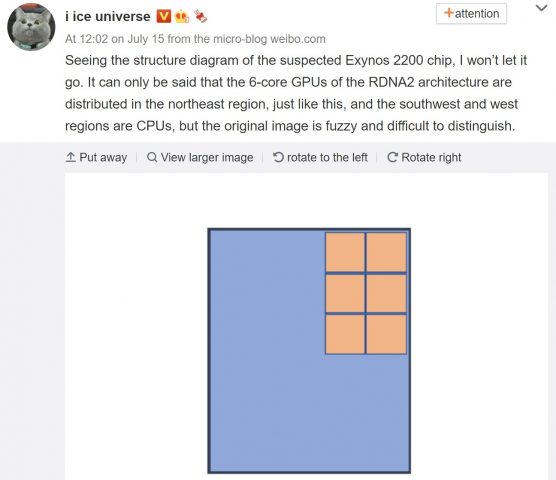 On the other hand, Snapdragon 895 is said to have ARM Adreno 730 GPU. The Samsung Exynos 2200 will use AMD RDNA2 integrated graphics. Ice Universe, which provides many leaks on the portable side, says that the CPU will have the codename “Palimir”, while the graphics chip developed by AMD will carry the codename “Voyager”.

Apart from that, according to a new argument, the Exynos 2200 SoC will come with 6 Compute Units. As with other RDNA 2 GPUs, if we consider that each carries 64 stream processors, a total of 384 stream processors emerge. So much so that the design on the portable side can be very different.

Developed in cooperation with AMD and Samsung, the SoC will most likely start to take its place on smartphones from next year. However, these companies are expected to make their official announcements much earlier.

The best systems for gamers