announced the last ring of . which will be released next year Company of Heroes 3

The cinematic trailer released for shows that the game will take place on the Mediterranean front this time. Additionally, a pre-alpha version is already available to play.

The single-player campaign in the new game is said to be the largest in the series. In addition to the usual real-time combat focused on defense, swift wings, and exploiting unit weaknesses, breaching mechanics are also introduced to knock units out of buildings. Additionally, destruction and height-based mechanics are also included in the game. 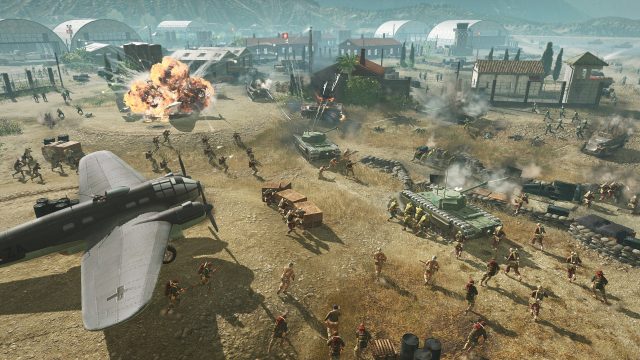 A Tactical Pause feature is also being introduced to single player, allowing players to pause the action to plan their attacks and queue up tactics to gain the upper hand. There is also a turn-based tactical campaign map that players can use to forge their own path through the middle of the zones as they progress through the story. This is the kind that will ensure that different games are always unique.

The third game in the series will come with a wide variety of specialist units, from American-Canadian Special Service Forces to Commonwealth and Gurkhas, which players can use to customize their armies. It is underlined that the multiplayer mode will also be a major focus in the game, but no details are given.

Relic Entertainment is planning a real launch for CoH 3 by the end of 2022, for those who want to try the game before that, it already includes part of the Italian campaign. pre-alpha preview version

You can do it with . Let’s also mention that this preview will be open for 3 weeks.

FIFA vs PES! Which game is better?

Could Go to PlayStation Collaboration with Netflix

The news that upset those waiting for Resident Evil Re:Verse

Bridge Constructor: The Walking Dead and Ironcast Are Free